Today, Mary and I participated in one of ourholiday traditions, the San Jose Christmas Bird Count (CBC). As youprobably know, our job is to count every bird we see within our smallpiece of a 10mi circle drawn around the center of San Jose. Weconstitute Party #4 of the Alviso Sector. We are entrusted with a keyto the National Wildlife Refuge. Our most important task is to ensurethat the San Francisco Bay's population of Snowy Plovers gets into theCBC database for San Jose.

The weather was pretty spectacularly bad, with temperatures in the40's most of the day, driving winds all afternoon, and frequent rainshowers. The wind is particularly vexing when trying to tally uphundreds of ducks on a record sheet flapping in the breeze.

In spite of all that, we had some magical moments. After an hour oftramping along narrow catwalks under the high tension power towers, wewere rewarded with two seperate flocks of the aforementioned SnowyPlovers totaling 67 birds, more than four times as many as we've everseen in our area. It turns out some nearby ponds have much higherwater levels this year, probably pushing some birds into our countarea. We also got to watch a Prairie Falcon and a Golden Eagle tryingto keep their composure in the wind. We got to visit Drawbridge, agenuine ghost town in the middle of the bay.

Afterwards, we retreated to Una Mas to write up the paperwork and graba bite to eat. Burrito's never tasted so good. 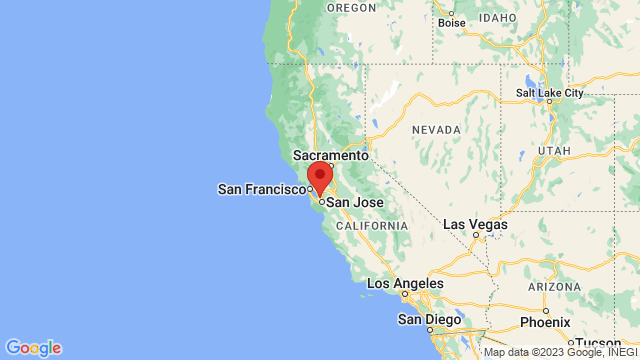