We started the day at 4 a.m. at Almaden-Quicksilverâ€™s McAbee Entrance. We were soon greeted by Great Horned Owls (4) and Western Screech-owls (2). No Common Poorwill could be coaxed to call; Bob wrote this off as a function of too many Great-horned Owls around.

We relocated to the John Nicholas trail at Sanborn Co. Park for a change in species composition and to set us up for Oka Ponds at dawn. This relocation paid off with Northern Saw-whet and Northern Pygmy-owl calling in the first half mile of the trail. The dawn chorus included Black-headed Grosbeak identified by Mary, Western Tanager, Winter Wren, and Pacific-slope Flycatcher. The hoped-for Pileated Woodpecker didnâ€™t get the memo, nor did Red-breasted or Pygmy-nuthatch.

Oka ponds coughed up two target species instantly with a Green Heron flying by the entrance at 7am and a Spotted Sandpiper flying across the first large pond we came to. The bonus bird was Vauxâ€™s Swift (2) flying in and out of a swirl of Northern Rough-winged and Cliff Swallows and picked up quickly by Bill. Unfortunately, all non-Mallard duck species have cleared out, so no Ring-necked Duck, no Common Merganser, and no other diving ducks in the main pond. We could have turned around at the entrance gate and saved ourselves 30 minutes.

From Oka ponds we relocated to Stevens Creek Reservoir where Bill picked out a Common Merganser pair making their entrance from a side cove. A brightly lit Black-crowned Night-heron gave us momentary hopes for the Osprey. It was indeed a Night-heron, and two stops at the launch ramp and several stops along the shoreline brought no Osprey and no Caspian Terns; two birds that seemed to be a given in the days and weeks leading up to our Birdathon date. Stevens Creek picnic areas and pull-outs represented a series of hits and misses. Biggest hits: The Dipper pair was out on the rocks below their nest; Olive-sided Flycatcher calling east of the Cooley site; Western Wood-peewee calling as soon as we exited our vehicles at the Chestnut site; Western Tanager male waiting patiently for all party members to oooh and aaaaah; Well-scouted Blue-gray Gnatcatcher (Mary) buzzed at us invisibly from the same patch of brush at Villa Maria as last yearâ€™s bird. Biggest misses: No Cassinâ€™s Vireo, no migrating warbler movement, and Bob's staked-out Kingfisher decided not to play.

On the drive down McClellan Road to McClellan Ranch a Hooded Oriole insisted we pull over before we got to the ranch. The Barn Owl was a no-show for the first time in recorded history, or at least the last couple of months that Iâ€™ve checked. So much for home court advantage. The Oriole may have been trying to tell us something. Like the missing Osprey and Caspian Terns, the two Hooded Mergansers (the most consistent Hooded Mergansers in recorded history) caught the midnight train out of the Gates of Heaven Cemetery pond and were nowhere to be seen on Sunday.

Our goal to see a White-throated swift before we left Cupertino didnâ€™t pan out, so we zipped up to Page Mill at 280 and around to the Arastradero overpass. This cost us 25 minutes, but seeing swifts up close and personal has its own rewards.

The trip to Ed Levin County Park allowed for napping, snacking, jabbering and re-charging for Misery Hill. We picked up Western Kingbird (2) at Sandy Woolâ€™s Eucalyptus grove thanks to Jim Thomasâ€™s sharp eyes, and Yellow-billed Magpie, Rufous-crowned Sparrow (Mary dug this out of the mustard) and a heard-only House Wren on the trail up to the Sycamore Grove above the dog park, but Buntings, Blue Grosbeaks, and Grasshopper Sparrows eluded us. We did stop to admire a huge moving cotton fuzzball that most members of the team believed was a Great Horned owlet.

From Sandy Wool we went straight up to Calaveras Reservoir stopping briefly at the Felter/Calaveras intersection to admire a low-gliding juvenile Golden Eagle. That encounter made this an Eagle-packed hour as 10 minutes later we were opposite the transmission tower where an adult Bald Eagle was on the nest with mouth open and tongue out, either begging for fresh Coot or thermo-regulating; you make the call. Our â€œgo-toâ€ Rock Wren popped up at the rock field a mile south of the Bald Eagle nest. Curtis Snyder picked out a backlit Kestrel for our first of the day as we continued on the Felter-Sierra loop.

A trip down Marsh Rd. netted a cooperative and beautiful Lark Sparrow. Two of its friends didnâ€™t stick around. Sierra Rd was spectacular visually, and had the added bonus of providing a singing Horned Lark (4) at the summit corral. Now it was time to hit the bay, and pond at State and Spreckels in Alviso brought us gorgeous alternate-plumage Dunlin, Semi-palmated Plover, and Eurasian-collared Dove.

From here we headed for the Don Edwards Environmental Education Center in Alviso, where basic and alternate-plumage Bonaparteâ€™s Gulls provided interesting comparisons, which Bob limited to 15 seconds each before he said "time to move!" Tate Snyder expertly IDâ€™d a small group of Northern Shovelerâ€™s in flight as we tried to turn California Gulls into species we hadnâ€™t seen yet. We ticked a Burrowing Owl on the chain-link fence just north of Jubilee Christian, executed a u-turn, violated our 3rd of 4-for-the-day local, state or national traffic codes, skipped Arzino Ranch and headed for the Marina to look for Phalaropes and pray for Rails. The Alviso Marina was a bust.

The Palo Alto Duck pond and channel yielded a quick score of 10 new species for the day, including Whimbrel, Short-billed Dowitcher, and Clarkâ€™s and Western Grebes. Charleston Slough had the targeted Cinnamon Teal and Common Moorhen, and a backlit, distant, no doubt about it, where have you been all day, White-tailed Kite. Mary pulled white rabbits out of a marsh hat by producing distant hidden American White Pelicans. At Shoreline Lake, to round out the list of targeted staked-out, no-fail birds that all punched their ticket on Saturday night, the Red-throated Loon was nowhere to be seen on Sunday, and the Black Skimmers may use the A-1 island pond for day roosting, but Sunday night they were elsewhere. Jim Thomas saved this stop with a backlit, distant, (must be a dinky scoter) Eared Grebe, and Mary insisted that Black-bellied Plover was still a possibility and right she was. The Plovers (2) were on the island where weâ€™d hoped for the Skimmers. Our last bird, despite the Snyderâ€™s trek to to look at the back side of the island for the missing Skimmers. A noble gesture. But itâ€™s never over â€˜til itâ€™s over... 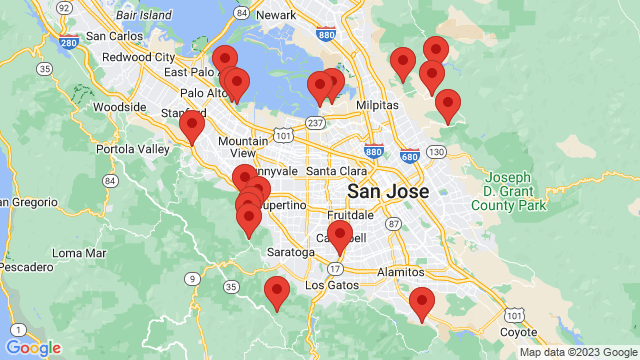