Notes courtesy of Bob PowerWe started our day at Meeker Slough in Richmond at 4 a.m. First bird was aKilldeer, #2 was a Black-bellied Plover, #3 was the target bird, Clapper Rail,and #4 was ... hey, that's no bird, that's a raccoon!

Next stop was San Pablo Dam and Bear Creek Rds. As we pulled into our firstparking spot, a Northern Saw-whet Owl was wailing. Two Great Horned Owls werecalling back and forth. In the next 30 minutes, 4 Western Screech-owls, 4 GreatHorned Owls and 2 Saw-whet owls were keeping us company. Just a bit east onBearCreek, a Barn owl greeted us as we got out of our vehicle.

Dawn brought a major downpour for 3 minutes that disappeared as quickly as ithad appeared. Most of the morning was gray and threatening, but we managed tododge whatever bad weather was poking around the bay. Inspiration Pt. provided25 species or so, but unfortunately nothing juicy like a tanager or a warbler flock. Albany Crescent had an excellent shorebird roost with hundreds of Black-bellied Plovers, but we were too late to see the birds spread out on the mudflats and missed anything rarer than the two Whimbrel we identified. Pt.Isabel seemed like a bit of a waste until we decided to go the extra 100 yards and spooked a Spotted Sandpiper and a Wandering Tattler. The highlight of the bayside part of our day was an unplanned detour out to the end of Canal Street.

We'd hoped to skip this extra leg, but the Harlequin Duck made no appearancewhile we were at Vincent Park, so we felt compelled to get a better look atBrooks Island. From the end of Canal, we found the Harlequin Duck, excellentviews of the three Brant, a well-hidden Osprey, a flock of Sanderlings, and ourlone Elegant Tern of the day.

We got our Great-tailed Grackles in Martinez at Waterbird Park. It's almostlike a pilgrimage for Contra Costa Co. birders. And then headed out to Black Diamond Mines Reg. Park. A beautiful park tucked into the hills south of Antioch. Up one particularly scenic swale was a grove of buckeyes and nothing else; all were silver and were stunning against the goldenhillside. Not being familiar with the park, we stopped in appropriate habitatfor Rufous-crowned Sparrow and Rock Wren and both species obligingly welcomed us to the park.

We scooted around to Contra Loma Reservoir, and it looked like it would be a bust, and then the Prairie Falcon came in and scared the bird pellets out of the Meadowlark and Rock Pigeon flock and landed on a hillside for us to admire. On to Oakley and the sanitation ponds where we quickly picked up both dowitcher species, a handful of Red-necked Phalaropes, added several duck species to our day list, and while trying to turn the terns into Common and/or Arctic and/or anything but Forster's, bumped into a Bonaparte's Gull. Plus the previouslymentioned Black Tern.

We had at least 6 Swainson's Hawks on the day, and a couple of them flew by usat Iron House.We only got lost once and I will wash my mouth out with soap after I finish mynext glass of wine. or I'll swish the wine extra hard.We had 4 Burrowing Owls on the entrance road to Clifton Ct. Forebay, and 2alongByron Hot Springs Rd.In the "not over 'til it's over" category, we drove out Byron Hot Springs Rd.after sunset as there was still good light. That's whenthe juvenile Ferruginous Hawk zipped by us trying to pick up that last morselbefore dark. And a few minutes later the Horned Larkswere singing; our 129th species of the day.

I cannot thank Steve Glover enough for advice beyond anything we could hope forregarding species and routes. Denise Wight was very, very helpful in describingthe big day route she's taken and very patient and thoughtful in answering myquestions.

There's always time to do a big day yourself. And there's always an opportunityto support big days vicariously throughsfbbo.org. 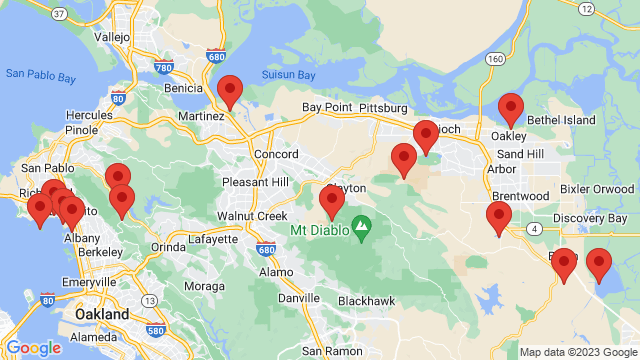