This was our big day for the San Francisco Bay Bird Observatory's California Fall Challenge (their annual fundraiser). We ran according to standard big day rules. We are entering as "MBB Overdrive" (Mary Wisnewski, Bill Walker, and Bob Power). Our theme this year is "More than a feeling."

Weather began with clear skies and a temperature of 47 F as we drove over Hwy 92 in the dark. Skies continued clear with only light wind from the north at the coast. When we crossed to the bay side, temperature rose nearly 15 degrees to around 85.

Highlights of the trip as posted to Pen Birds by Bob:

Mary's notes on the route, in case we run it again next year: The route was laid out with two goals: to catch a migrant flock (which we never really found) and to cover as much habitat diversity as possible. We wrote up a detailed plan with times and our hoped-for target birds at each location. 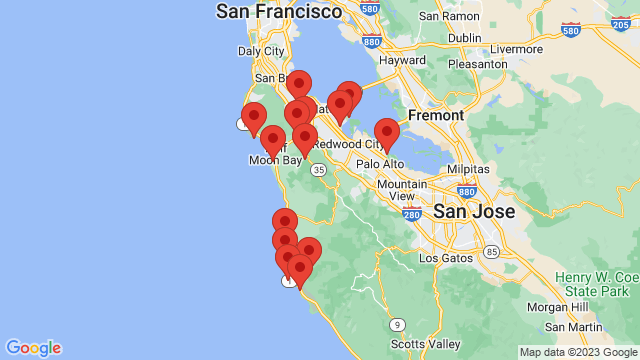