Birdathon clock starts ticking at 9:05, when we pull over at Bridge 3. No dipper, but 3 members of the Bob Hirt birdathon team. We leave without satisfaction, but 200 yards down the road, we find Bob Hirt, staking out a dipper. Thanks, Bob!

Saturday I watched Mike & Mike work the Cooley area and find two nice dendroica species. What a surprise when our second dendroica in the same location turns out to be a Hermit Warbler. Bird of the day! We stay long enough to see the Bob Hirt gang find the same Hermit Warbler and we are gone.

Common Mergansers at the corner of Stevenâ€™s Creek and Monte Bello Road. Four minutes spent at the Boat Launch turns up the Osprey but no Caspian Tern. Onward!

Possibly our most successfully planned & executed stop of the day. Uphill we went until we heard the Blue-gray Gnatcatcher, California Thrasher and Wrentit, then we turned around and split. On the way out, we meet Bob Hirt AND Lori Cuesta. Itâ€™s old home week!

This stop did not work out as planned â€“ no Lincolnâ€™s Sparrow. No White-crowned Sparrow. No tanager, no nuthatches. But good ground made up with swifts and an Oriole.

Black-crowned Night Heron flew up from the pond at Bubb and McClellan to land on the power wires. First of several good birds picked up in transit.

Bit of a gamble, making the long drive to the EEC, and it looked like a disappointment until the survey team pointed out a roadside Burrowing Owl. We hit our three target species for this stop and were surprised to count 21 species added at this stop.

We thought this would be the last stop of the day â€“ but the mudflats were only lightly populated. Spotted Lori Cuesta & team on our way out. Wonder what they found that we missed?

Last 25 minutes! Run, run! Crossed paths with Bob Hirt again with 10 minutes to go. We had a list of about 10 more expected species which we did not find at this stop, but when time ran out at 13:05, we were very happy with the day's results. 102 species in four hours. 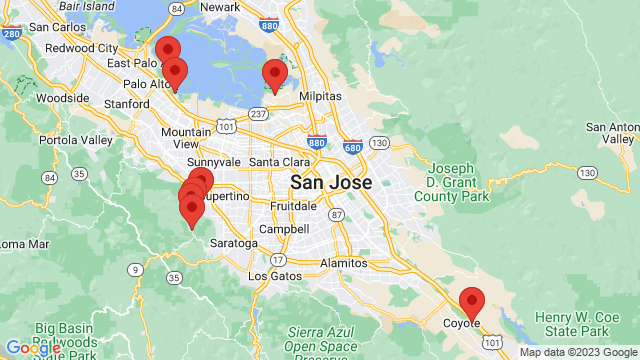