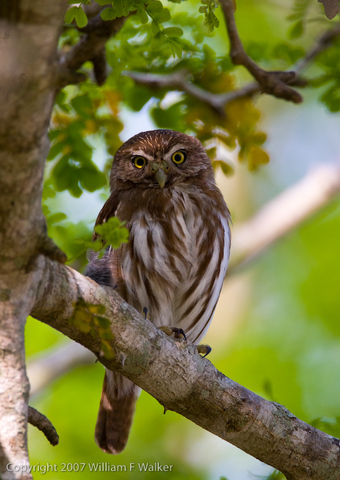 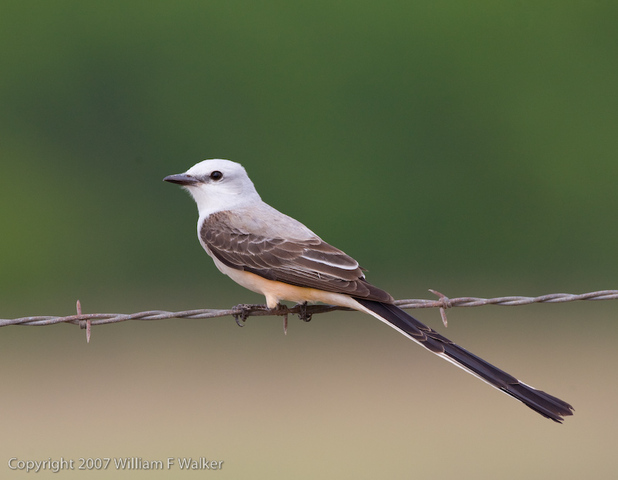 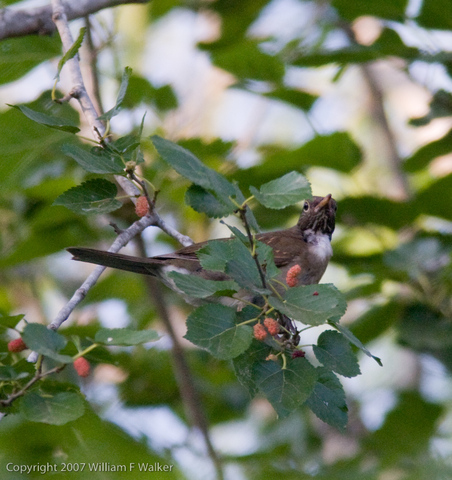 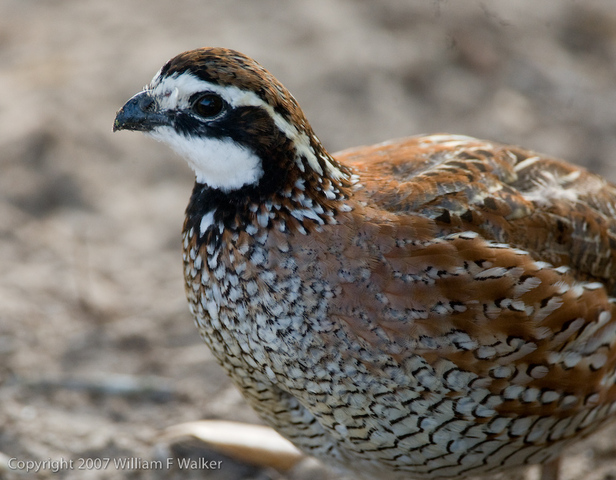 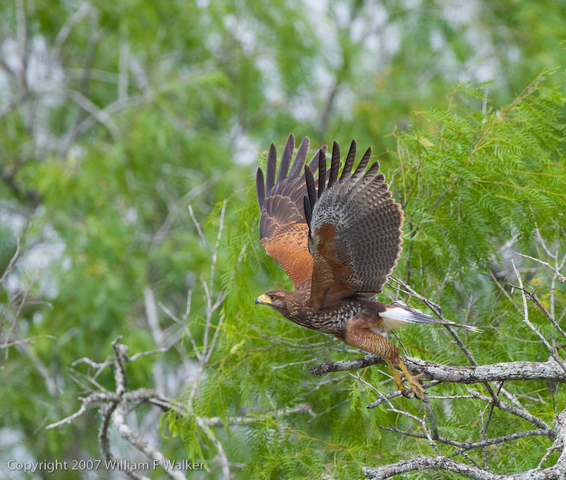 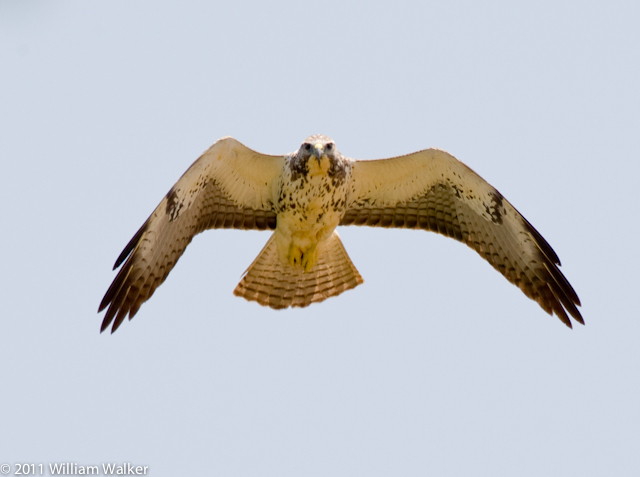 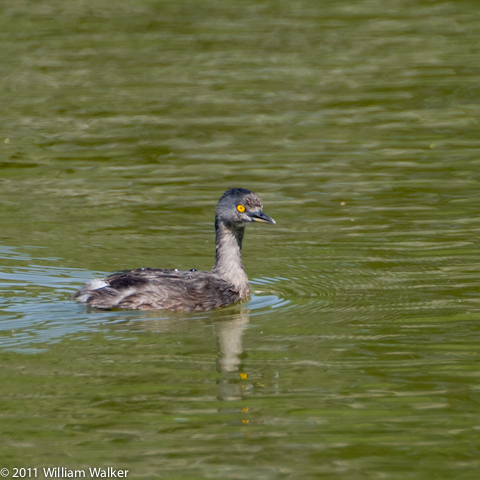 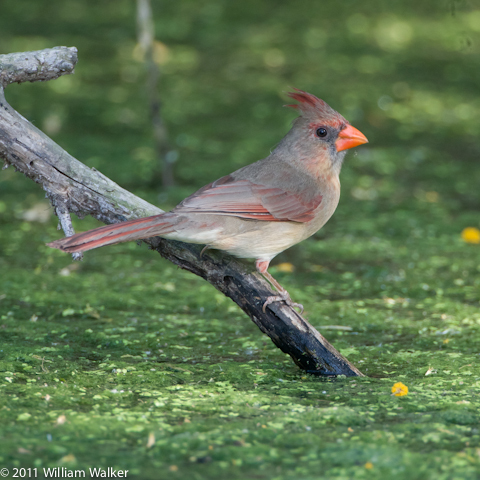 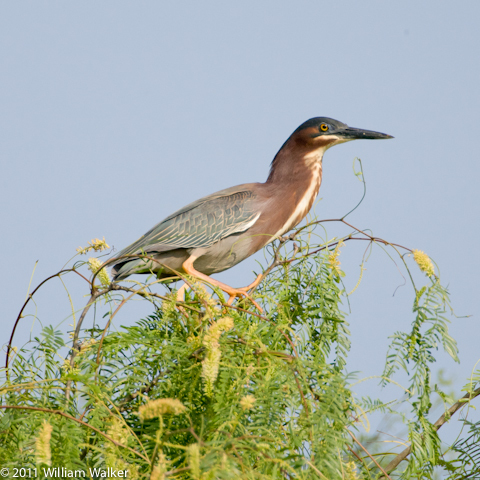 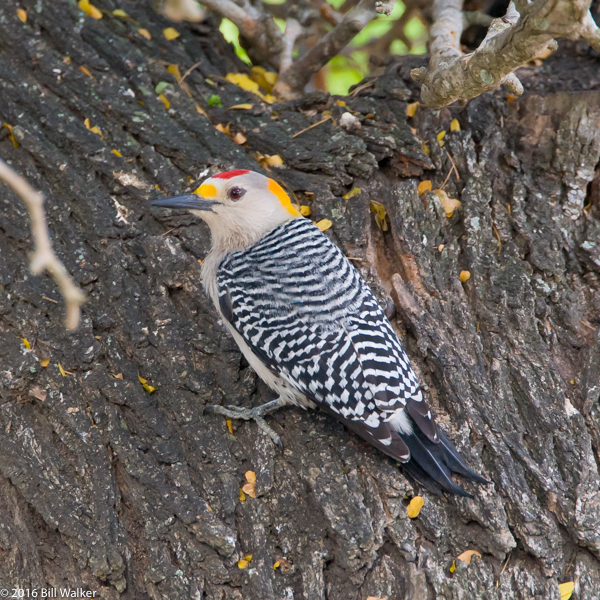 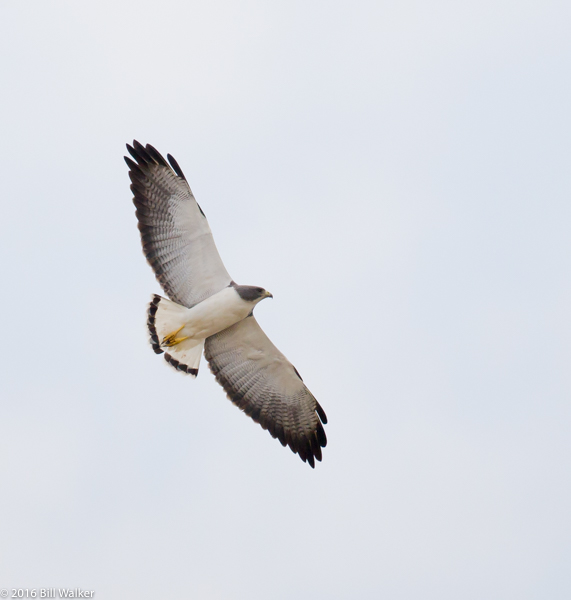 Two of three target birds co-operated today, and we were treated to an unexpected swirling flight of hawks. But the lasting image of this day's birding is the eyes of an owl looking down from behind a screen of leaves. What is it about owls that makes an encounter with them seem so spiritually meaningful?

Before we left California, birder / photographer Vivek Tiwari recommended that we include The Inn at El Canelo on our agenda. We made arrangements on Sunday by email and spent Tuesday morning birding on the El Canelo Ranch, north of Raymondville, TX. Owner Monica Burdette met us at the door at 8:00 and led us to the #1 target bird for visitors to the Inn - the Ferruginous Pygmy Owl - within about 2 minutes of our arrival. Monica showed us the tiny female owl, fierce as anything and quite still in her private nest tree. We noted the owl's location and sauntered out to a palm where Barn Owls roost (though we didn't see any there today). On the way, we met owner Ray Burdette, out working on the property, and we spotted both Hooded and Orchard Orioles. Both Monica and Ray made sure to tell us that this is a Very Intense Year for Rattlesnakes, and we should be careful to watch where we step. We never did see a rattler, but we sure kept our eyes open. The next hour and a half were spent photographing the pygmy owl, the bobwhites in the lawn, a few orioles, Golden-Fronted Woodpecker -- all within hollering distance of the main ranch house. The noisy arrivals and departures of Common and Great-tailed Grackles into the "owl tree" might have drowned out the sweet, low hooting of the owl, but the intensity of looking into the eyes of this tiny, beautiful predator kept us tuned in to her calls. After a brief appearance by the male pygmy owl, we tore ourselves away and set off to photograph Scissor-tailed Flycatchers on the ranch roads. This involves first finding a flycatcher and then rolling up to it slowly, hoping it is busy with a bug or otherwise fails to notice the large silver object approaching at 5 miles per hour, and then shooting like crazy out the windows of the car. Three out of every four approaches are blown when the bird flies off, usually displaying lovely, un-photographed tail plumes. Rats. We managed to catch a few on the fence, just enough to make the enterprise seem like a good plan. We may change our minds upon sober reflection. In the course of searching the wires for scissor-tails, we saw first a solo adult Harris's Hawk, then a solo juvenile, and later a juvenile and an adult perched across the road from one another - getting a few shots of each in the increasingly harsh mid-day sun. We ran a White-tailed Hawk off a perch without getting any shots - which takes about this much time: "Stop. Stop! Stop stop stop, what the hell are you doing, stop!"

Around noon, we left El Canelo for Edinburg, travelling by back roads as directed by our GPS, newly christened "Victoria". Along the roads we saw construction, croplands, scissor-tails everywhere, and a large kettle of Swainson's Hawks just outside the Edinburg city limits on FM-107. We circled back to take some flight shots. We were somewhat giddy as hawks hunted low over the field, banking past our vantage point on top of the drainage ditch. They seemed to be attracted to this spent cabbage field by a tractor loosening the earth where some tasty rodents must live. We saw two separate instances of hawks with prey in their beaks being pursued by a Crested Caracara - resulting in seeming success for the caracara, or at least disappointment for the Swainson's Hawk when the prey fell to the ground. Every few minutes, the entire flight soared high into the air and repositioned to another area of the field to start over again. It was hard to tear ourselves away and move on towards the Edinbug Scenic Wetlands / World Birding Center. Our dream was to find the Green Kingfisher, a smaller, greener relative of the Belted Kingfisher. But the naturalist on site, Javier de Leon, reported that he has only seen the kingfisher two or three times a week since the end of February - and today was not one of those days for us. We had to content ourselves with Least Grebes, Gull-billed Terns, close-up Great Kiskadees and Common Moorhens. Before dinner, some of us made a brief stop at Allen Williams' yard again, where we saw -- but weren't fast enough to photograph -- White-Throated Robin and Yellow-Breasted Chat. Wrapped up the day with take-out sandwiches from the Saigon Cafe on 10th street in McAllen - a taste of San Jose right here in the Rio Grande Valley. 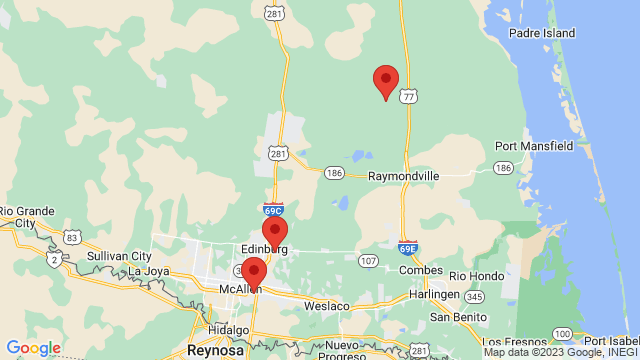