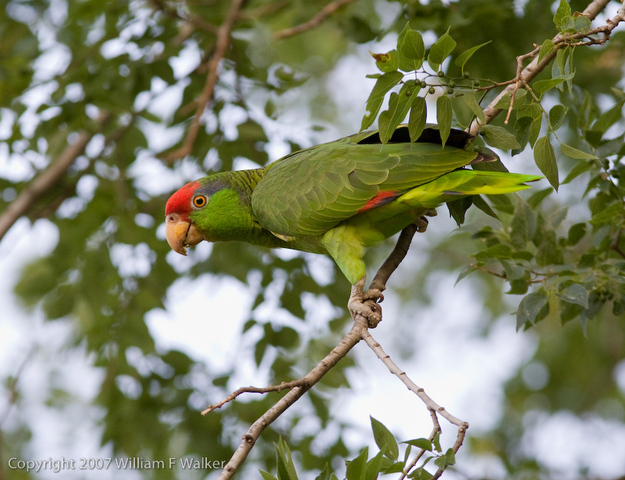 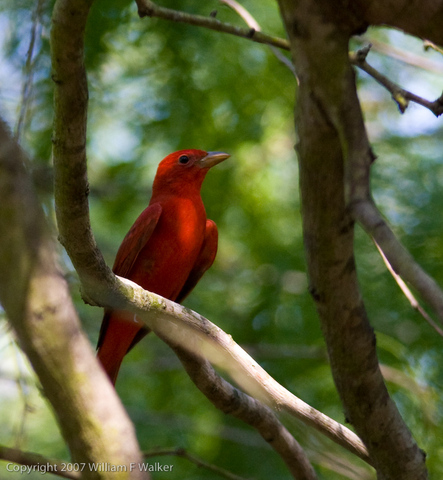 Frontera - Chimney Swifts overhead before dawn start the day at Frontera Audubon. Chasing a Yellow-breasted Chat, we circled back past a flowing stream near the entrance - a water feature designed by Allen Williams to provide shallow edges for active use by birds. It's working! We stuck right by the stream as a Black-throated Green Warbler pair took turns bathing in the running water and dripping off in the green cover nearby. After nearly an hour spent quite profitably outside the gate, we finally made our way in - and nearly the first birds we encountered were a fly-by Clay-colored Robin pair. Oh, man, this is going to be good! Within a minute, we spotted as many as 8 Broad-winged Hawks overhead. And then we hit a slow spot along the trail - just a few Kiskadees near the dead-end trail, the incessant calls of the Chachalaca who truly seemed to be following us everywhere in the preserve, while Golden-fronted Woodpeckers appeared over and over, always in pairs. After searching fruitlessly for what sounded like an Orange-Crowned Warbler, we finally spotted Olive Sparrow singing on a tangle of brambles. Not to worry - we found an Orange-Crowned Warbler later in the day on the other side of the property. When we heard a high thin "seep" sound, we hustled down the trail to follow a Black-and-White Warbler from tree to tree. Around the back fence, the elusive Blue Grosbeak was seen only by one of us. We trotted past the wetland and pond, where a young Yellow-Crowned Night-heron fixed his baleful orange eye on us. We had to ask for directions to the feeding station from a caretaker, who very helpfully led us to it. From comfortable seats, we watched Chachalaca displays, House Sparrows, Common Ground-doves, Long-billed Thrasher and Buff-bellied Hummingbirds enjoy the fare. We marked the passage of time by the arrivals of Golden-Fronted Woodpeckers. Over the feeding platforms, we spotted a Black-throated Grey Warbler waaaay back there in the tangle of vines. As we prepared to leave the preserve, Executive Director Wayne Bartholomew provided highly useful tips for birding behind the Audubon property and for lunch at the Tea Room inside Antiques and Collectibles on the main highway through Frontera.

Allen Williams yard - Texas zoning strikes again. Between a funeral home and a real estate office under construction is Allen William's house and workshop. The yard is open to birders for a $10 donation. It's not a big property, but the activity is intense, with flowing water at several stations around the yard and lots of green cover. Blue-Winged Warbler, White-Throated Robin and Summer Tanager. At least two Northern Parulas. What amazing work Allen has done to landscape this yard and make a haven for birds and birders.

Parrot evening feeding - First the grackles and red-winged blackbirds. Then a tentative visit by a whistling duck. Finally, the flock arrives - at least 30 parrots. 15 at a time crowd into the feeding platform, most of them grabbing at peanuts with their right foot. Do parrots have "handedness"? 50 whistling ducks line the roof of the house, watching our every move. By sunset, everyone has moved on, except the Purple Martins coming to roost in their martin house. 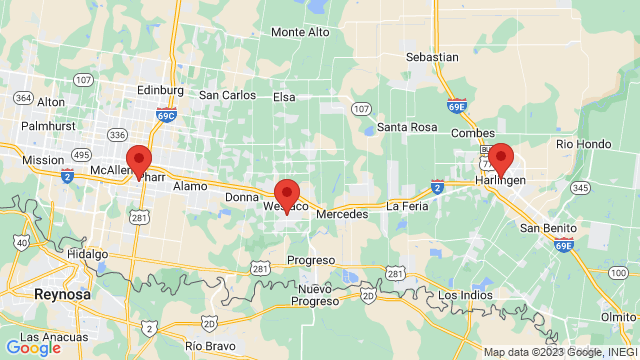