0500 -- Enter Monte Bello Open Space Preserve under cover of darkness, to the tune of the Chariots of Fire theme. Play owl tapes, identify other birds by sound as dawn begins. Light rain does not deter us. 32 species so far

1130 -- Charleston Slough. One hour lightning rain on one of our birdiest spots adds 37 species, including Common Moorhen but not Black Skimmer. From here on, every species is a struggle. 107 so far.

1245 -- Detour on the way to Palo Alto Duck Pond produces surprise of the day, Great-tailed Grackle at O'Connor St. entrance to Bay Trail. Luckily, it flies into the correct county. +3 species.

1630 -- After Golden Eagle and Loggerhead Shrike on Old Calaveras Road, Ed Levin Elm Picnic Area yields elusive Cedar Waxwings. Sandy Wool Lake area begins with frustrated search for Lawrence's Goldfinch. We hike up to the sycamores for Rufous-crowned Sparrow and House Wren. White-throated Swift is a nice bonus. Lawrence's Goldfinch finally showed as we returned to the cars. + 9, for 140

1930 -- Wrap our personal biggest day ever with 143. Pledges of $2.75 per species pledges plus fixed pledges of $240 brings us to $633 dollars raised for SCVAS environmental education programs. 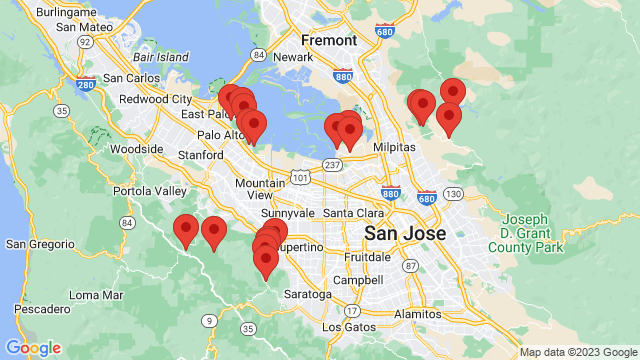