[five years later, Bill returns to the scene of his 1997 solo drive up to Oregon and Malheur birding trip with Steve Shunk. This time, accompanied by an eagle-eyed Mary and a new spotting scope, promises to be even better.]

We awoke this morning in Kris and Steve's house outside of Sisters. They've got five acres at the end of several miles of dirt road, 30 chickens, 3 horses, a bunch of pine siskins at their feeders, and a stunning view of the three sisters mountains.

After a scrumptious breakfast of blueberry pancakes, bacon, and farm-fresh eggs, we headed west toward Bend and the Malheur refuge, After checking into the hotel around 4pm,. we drove around and looked at some flooded agricultural fields around town. We saw some impressive breeding behavior, including two pairs of curlews going at it, and three snipes trying out all the possible couplings. We found close to seventy species during the day, and it wasn't even a full day of looking.

We ate at a yummy thai restaurant that offers toast with it's Sate Chicken.

Tommorow we're going to get an early start.; the big question is, will we really get up early enough on day three to get to the Sage Grouse Lek before sunrise? Oy. 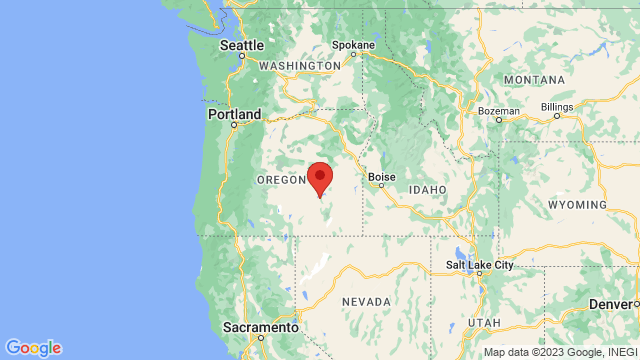